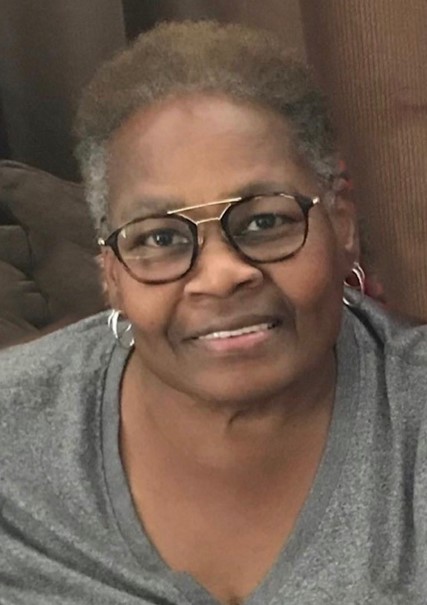 Veronica Anderson-Thomas (nee Anderson) was born on January 4, 1954, in Philadelphia, Pennsylvania from the union of Zachariah and Louise Anderson (nee Dempsey). Veronica, affectionately known as Ronnie, was the beloved mother of Kelly M. Anderson-Thomas. Ronnie was the younger of eight children, the dear sister of Zachariah Jr., Samuel, and the late Paul Ronald, Alfred, Cynthia, Mary, and Betty. Veronica spent her childhood in Philadelphia before the family moved to Camden, New Jersey in 1963.

Veronica grew up in the Camden public school system graduating from Woodrow Wilson High School in 1972. She then went on to attend Ryder University to study Veterinary Medicine before shifting career goals in 1976, and enrolling in the United States Army. In the Army she achieved the rank of Staff Sargent and received numerous decorations, including but not limited to Sharpshooter, the Good Conduct Medal, and the Army Commendation Medal. Veronica proudly served with the US Army, both career and reserves.

In 1984, after many years of praying for a child, Ronnie gave birth to the joy of her life, Kelly Monique Anderson-Thomas. Veronica would always say the birth of Kelly gave her a new purpose and everyone knew that to be true just by the way she spoke about her daughter. She was her pride and joy.

After retiring from the Army, Ronnie decided to advance her education and returned to school to obtain her Degree in Computer Science with a concentration in engineering. With the help of loved ones, she juggled school, while working full-time, and being a single parent. Upon graduating, Ronnie went on to work at various telecommunication companies as a Radio Frequency Engineer, where her last employer was Sprint Communications.

Together, Ronnie and Kelly lived a full and rich life, with lots of love and joy in their family. Despite declining health, Veronica knew that Kelly loved to travel, so they would plan vacations with just the two of them; sharing experiences and lots of love.

In July of 2016, Ronnie was blessed with a second chance at life when she received a lung transplant after many years of suffering from COPD and Emphysema. The lung transplant gave Veronica a new lease on life as she cherished and welcomed all of the new opportunities it afforded her. She was able to travel comfortably, hang out with friends, and take part in events that she held dear.

Anybody who knew Ronnie, knew her to be caring, dependable, strong-willed, and to have a big heart. Ronnie was your go to person for whatever you needed. If you needed an answer, she would figure it out. If she was in your corner, you had nothing to worry about, she was a protector, supporter, and an all-around remarkable person. To know her was to love her and to understand that she was one of a kind.

There will be a visitation from 11am to 12 noon Saturday, December 10, 2022 at GARDNER FUNERAL HOME, RUNNEMEDE. Memorial service 12 noon at the funeral home. Interment is private at the request of the family. In lieu of flowers, donations may be made in Veronica's memory to Gift of Life Donor Program, 401 North 3rd Street, Philadelphia, PA 19123 (www.donors1.org).

The attached photos are added to the memorial of Veronica Anderson-Thomas to help share their legacy.

Please help memorize Veronica Anderson-Thomas by recording your attendance below.