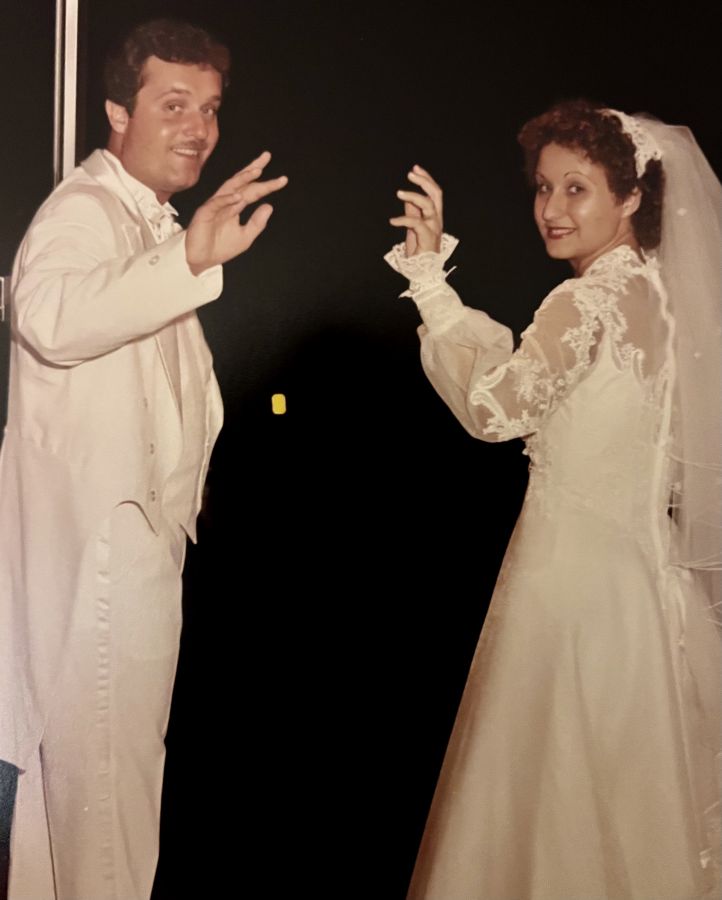 Caroline was a kind, sweet, and funny woman who would have given anyone the shirt off her back and gone without, though she may have commented on how the shirt fits and asked a year later, "how about that shirt?" She put others first, passionately and loyally, until her final days.

She had been an active member of the ST. Vincent DePaul society for many years, which serviced the needy people of the community--many of whom were personally touched by Caroline during her decades of elderly caretaking.

Caroline's love for animals was immense and admirable, going as far as even adopting a donkey, who she named JoJo, with the help of her husband Frank.

She loved to love and expected nothing in return, especially from the Flyers.

Caroline left behind her beloved husband Frank W. (Billy) Hannold Jr. until August 21, 2022, when he too passed away due to a lengthy illness at the age of 68.

Frank worked as a pipe fitter for many years at the Philadelphia Naval Shipyard and Fort Dix Army Base, until retiring from civil duty to become a school bus driver and landscaper.

He was a banjo-playing mummer, an avid fisherman, and a superb bowler--who loved sports, animals, and the outdoors. Frank was one of the handiest people around. He was supremely strong-willed and a very dependable person.

If you ever heard Frank say, "Have a nice day," you knew you messed up.

Frank and Caroline would have celebrated their 40th wedding anniversary on September, 11, 2022.

They are also survived by many cousins of the Ranieri, Barra, Mestichelli, Hannold, Romero, and Staas families.

Their loving sister by choice, "Maid of Honor" Donna Whalen (Michael), and her sons Daniel (Shauna) and William Kennedy, godsons/sons by choice and association.

They left behind their beloved pets Gabriella, Sammie, and Gracie.

A mass was held for Caroline on 8-8-2022. A joint memorial service will be held for Frank and Caroline at Gardner Funeral Home on Wednesday, September 7, 2022, at 6 p.m.

In lieu of flowers, donations can be made to:

Frank and Caroline, You both were there for Joe and I always, You were the best friends anyone could have. I will Always Love and Miss you both.

Aunt Caroline and Uncle Billy shared many great memories with my family over the years. My dads best friend who became family. They both will be missed dearly but I will hold the memories shared close to my heart! Rest In Peace. Love you both.

The attached photos are added to the memorial of Frank & Caroline Hannold to help share their legacy.