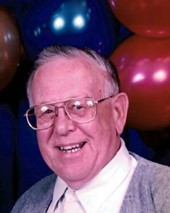 Born in Camden and formerly of Barrington, Bob was an Army veteran of World War II and a current member of American Legion Post 262 - Murray Troutt. He was a former member of the Audubon Fathers Association and a past Cubmaster of Pack 131, BSA. He was a current member of the ExxonMobil Retirees Club, Camden County College Alumni Association, and the South Jersey Nu-Voice Club. As a member of the Burlington County College Chemical Technology Advisory Committee, he received the Contributions in Chemistry Award in 1972, was honored with the establishment of the Bob Landolt Chemical Technology Award in 1986, and recognized for the service as a charter member in 2000. He was also a current member of the WebWhispers Internet Club and the International Association of Laryngectomees. As a laryngectomee, he gave many lectures at local hospitals and medical associations to medical students, interns, and speech therapists. In cooperation with the American Cancer Society's Smoking Awareness Program, he gave many lectures to middle and high school students. He also participated in the ACS Daffodil Days program and the Relay for Life. He retired from Mobil Research and Development Corp., Paulsboro in 1986 as a Senior Research Chemist. He was a current member of the American Chemical Society and a former member of the Catalysis Club of Philadelphia, the International Zeolite Association, and the American Thermal Analysis Society. As a co-inventor of the ZSM-5 zeolite, he was cited in Marquis "Who's Who in the Frontier of Science and Technology". He authored or co-authored 7 patents, 7 technical papers, and a chapter in "Separation and Purification Methods". Mr. Landolt also chaired or co-chaired several symposia at national and international meetings.

There will be a viewing from 10am to 11am Monday at GARDNER FUNERAL HOME, RUNNEMEDE.

Funeral service 11am at the funeral home.

The attached photos are added to the memorial of George "Bob" Landolt to help share their legacy.