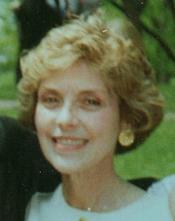 Betty Josephine "Jo" Nicholson, a native of Columbus, MS and former co-owner of the Pratt Drugstore in Richton, MS, died July 3, 2011 of multiple causes due to Alzheimer's disease. She was 73 and lived in Gloucester City, NJ.


The former Betty Williams, she and her late husband Glenn "Bayes" Pratt, a pharmacist, owned and operated the pharmacy for many years until his death in 1973.


Jo Nicholson was born and raised in Columbus, MS where she was a 1955 graduate of Stephen D. Lee High School and was class salutatorian. Jo attended Mississippi State College for Women and left college to marry Glenn in 1957. During the early fifties she worked as a reporter for the Columbus Dispatch and the Oxford Eagle.


While working for the Dispatch the Tombigbee flooded and she took aerial shots leaning out of a helicopter. When her mother, Laura, saw the credit line "Betty Williams" on the photo that went out nationally, her mother said she "almost had a heart attack." As a feature writer she interviewed a young Elvis Presley and later actor Montgomery Cliff in 1957 while he was filming "Rain Tree County" in Natchez.


She loved children. For seven years she taught elementary-school level Sunday School at St. Andrew's United Methodist Church in Cherry Hill, NJ where she moved to after marrying James D. Nicholson in 1974. She was a member of St. Andrew's Church.


Family members said she loved pizza on Saturday night, cheesecake and Mary Higgins Clark novels. Jo was an avid bird-watcher and would reach for handy binoculars in her kitchen whenever there was activity at the bird bath or feeder. She enjoyed history, especially all things Egyptian. But, most important to her, said everyone who knew her, was her children's education, which she stayed closely and intensely involved with from kindergarten through graduate school. She would proof-read, edit and fact-check all of their homework and projects.


She also worked for a few years as a teacher's aide in the public schools. Jo was a graduate of Omega Paralegal School in Cinnaminson, NJ, finishing second in her class. She and her husband moved to Gloucester City in 2004.


In addition to her husband of 37 years, she is survived by three sons; David G. Pratt, Jeffrey B. Pratt and James S. Nicholson; three grandchildren, James Pratt, James D. Nicholson and Alexander Nicholson; a brother, James and a niece, Laurie Stockman.


Her parents were the late James "Ed" Williams and Laura Bailey Williams. She was pre-deceased by a sister, Janice Stockman.

Graveside services will be at Arlington National Cemetery.

The attached photos are added to the memorial of Betty Jo Pratt Nicholson to help share their legacy.